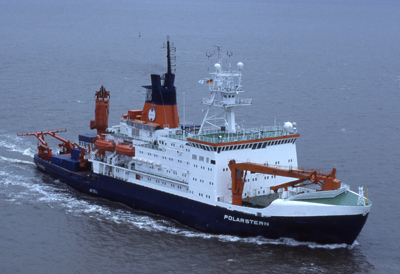 Can adding iron to the oceans help to check global warming? Is it advisable to fertilize the seas even if that would check the greenhouse effect?

Controversies are raging over these questions against the background of moves to commercialise the so called green technology of ocean fertilization.

The basic premise of the technology is that algal bloom induced by iron fertilization would suck up a lot of carbon dioxide from the environment and sink, trapping a lot of the green house gas for years to come.
This generated commercial interest as algal blooms could increase the productivity of sea and iron fertilization could pave way for claiming carbon credit, a key component of national and international emissions trading schemes.

Scientists, however, differ on the ability of the algal bloom to suck up enough green house gases from water to have any impact on global warming. The differences are so striking that a recently published research report in Nature received conflicting interpretations. Nature said that the results of the study was a blow to the theory of carbon sequestration through iron fertilization.


The study by researchers of the National Oceanography Centre in Southampton, U. K., reported that the potential of iron induced carbon sequestration was far lower than previously estimated. It found that the carbon dioxide actually stored by phytoplankton (microscopic forms of algae which fix carbon) is only five to six per cent. Besides, much of the assimilated carbon and biomass (about 90 per cent) will be remineralised between 100 and 1000 metres depth before reaching the carbon grave in the deep water and sediments.

However, some scientists, including those who participated in the study, have different interpretations about the results. A BBC report quoted lead author of the study Professor Raymond Pollard as saying that the results had significant implications for proposals to mitigate the effects of climate change through purposeful addition of iron to the ocean.“ Our findings support the hypothesis that increased iron supply...may have directly enhanced carbon export to the deep ocean. [However] our estimate of carbon sequestration for a given iron supply still falls 15-50 times short of some geo-engineering estimates.”

However, scientists from the very institute had different findings. One study, titled Ocean Iron Fertilization--Moving Forward in a Sea of Uncertainty, said it was premature to sell carbon offsets from ocean iron fertilization unless research provides the scientific foundation to evaluate risks and benefits. 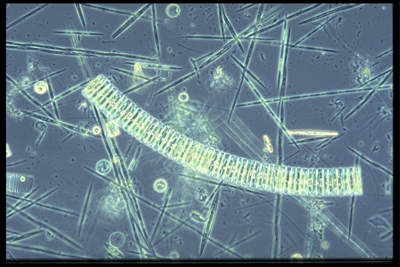 The Indo-German Iron Fertilization Experiment (LOHAFEX ) aimed at proving the theory was caught in the controversy with environmental organisations opposing the venture. They said that the Experiment violated the U. N. Convention on Biological Diversity. Its consequences were unpredictable.

The Experiment faced a set back initially with the German Federal Ministry of Education and Research directing its suspension after the research vessel carrying scientists from India, Europe and Chile set sail for the ocean between Argentina and the Antarctic. They got the green signal later, after the Ministry assessed the environmental impact and legal issues.

However, the German Federal Ministry of Environment, which opposed the Experiment,  issued a strong statement against the approval. It does not want a future market for “marine fertilization” to develop in India or any where else in the world, the statement said. The Ministry of research also agreed that iron enrichment must not be a climate policy instrument.

The opposition to the experiment was led by the ETC Group based in Montreal, Canada, and other environmental organisations. Silvia Ribeiro of ETC Group said that the green signal for the experiment showed an astonishing disregard for the decision of the Conference of the Parties to the UN Convention on Biological Diversity.

India's National Institute of Oceanography is collaborating with the Alfred Wegener Institute for Polar and Marine Research of Germany in the Experiment. Indian environmental groups such as Kalpavriksh, Navadhanya and Greenpeace and the National Fish Workers Federation are opposing the experiment, noting that the risk assessment done by the German Ministry was questionable. However, they say that they did not support the demand for calling off the entire mission.  “The cruise could be continued without dumping any iron in the ocean and on a modified research agenda to study the ocean ecology. This is especially important since a good number of the Indian scientists on board are young persons, as pointed out by Wajih Naqvi, Co-Chief Scientist, LOHAFEX. It is seldom that young scientists in our country get such learning opportunities.”

Dr. Naqvi said in an email message that the project was approved by the Planning Commission and had been thoroughly evaluated. “So there is nothing preventing us from embarking on this project.”

However, the larger question remains. Are we knowledgeable enough to manipulate the seas even if its is to reverse global warming? Scientists have always encountered negative consequences when they attempted management of nature one way or other. We do not know enough about ocean systems to know all the changes that would happen when large quantities of iron sulphate is dumped into the sea. What will be the consequences of algal blooms on a large scale on the oceans and the food chain?

Update: The results of LOHAFEX showed that the introduction of iron into the oceans by man would have only limited effect in sucking up carbon dioxide from water (and, in turn, from the atmosphere). The experiment also showed that results of such actions could be unpredictable. Though the addition of iron into an eddy in the ocean stimulated growth of the planktonic algae (phytoplankton), small crustacean zooplankton soon ate them all up. The grazing pressure reduced carbon sequestration. (See Official Release)